Green and wild, Panorama is the perfume of an urban jungle, an interplay of original combinations, like this surprising accord of hot and spicy wasabi.

When notes of myrrh spring up among other warm and bewitching resin-based notes, an incredible contrast emerges with elegance. A full-bodied, generous, and unexpected composition, Panorama opens up the olfactory imagination.

A majestic panorama instantly elicits shock and amazement, once the exact point is found: the point where the landscape unfolds in a setting worthy of it.

It is best enjoyed from a high altitude: The Sheats House – a glass and concrete house in West Hollywood overlooking the City of Angels – is where Olfactive Studio rises and presents its Panorama, a new olfactory opus.

This airship seems to be resting on a lively and welcoming bed of greenery. A luxurious jungle suspended in the Californian sky, taking the pulse of the urban vibrations in the distance.

Miguel Sandinha started his career in Paris as an assistant photographer. His mentor was Jerry Purcer-Sarna, an artist, a painter, photographer and former Art Director of Harper's Bazaar. Under the mentorship of Jerry Purcer-Sarna, he learned the art of working with light and directing models who were sometimes shot with an 8x10 view camera. He also learned the importance of meticulous preparation. He then opened his own studio with a partner and worked on many advertising gigs. More interested in moving around and travelling than doing studio work, he went into fashion as a freelance photographer where he quickly made a name for himself. He worked with major magazines (Vogue, Niños, Milk) around the world and on ad campaigns for international brands.

With a great-grandfather who was a lavender producer and an expert distiller, a gardener grandfather who specialized in raw materials in Grasse, and a perfumer father, Clément Gavarry possesses an incredibly rich olfactory heritage. The son of famous perfumer Max Gavarry, Clément was introduced to the art of essential oils at a very early age.

A graduate of the ISIPCA, the prestigious school of perfumery in Versailles, he was first involved in chromatography and analysis of raw materials before the idea of becoming a perfumer suddenly materialized when he was on a business trip in 1998 in New York, where he still works these days. 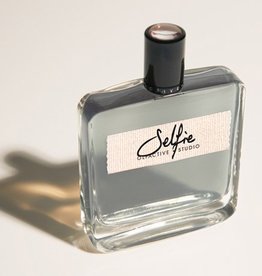